A Quick History of Water Wells 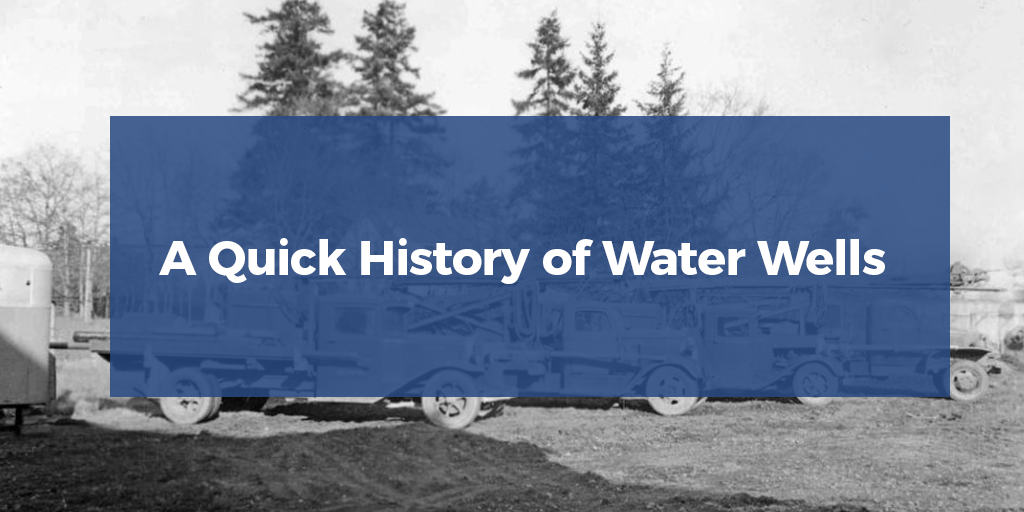 Before we review the history of water wells, we’ll begin with the basics: what is water well? It is a structure or excavation made in the ground by digging or drilling to access underground water, such as an aquifer. People and communities have been using wells to obtain water for thousands of years. Through many advancements in technology, today Tacoma Pump and Drilling drills water wells for residential properties to gain access to local aquifers.

The earliest accounts of water wells are traced back at least 8000 years ago. Some of the oldest wells were created in Israel, India, and China.

In India, step wells were commonly dug. Large holes were dug by hand and then lined with stones to create steps. The people then accessed the groundwater by these steps. During the Neolithic era, Chinese workers hand dug deep wells to access groundwater below for drinking. These wells were lined with rows of logs with a square casing attached at the top – a very basic version of what we have today.

The deepest hand-dug well is known as the Woodlingdean Well and is located in Brighton, East Sussex. The well is 1285 feet deep — that is as deep as the Empire State Building is tall (remember it is hand-dug!) Workers worked 24/7 for four years until they finally hit underground water. You can still visit the well today!

Until the early 19th century, water wells were still dug by hand. In 1808 in the United States, mechanical drilling was invented by the Ruffner Brothers. The Ruffner Brothers successfully first used mechanical drilling in Charleston, West Virginia to access water and salt at Great Buffalo Lick. This invention allowed many more wells to be drilled efficiently all over America.

By the 1820s and 1830s, auger boring machines came on the scene. These machines allowed wells to be drilled deeper and for the water to remain uncontaminated as it came up through pipes made of the first iteration of steel. By the early 20th-century rotary drilling technology became standard after the invention of the roller cone drill bit in 1908 by Howard Hughes Sr. Hughes invention is still used today for many types of drilling.

The 1940s brought the invention of portable drilling tools – until then they were all platform based. And that brings us to the technology that is still in use today.

The advancement of technology in water wells has made it possible for many communities and rural areas to have a source of clean water and consistent irrigation.  Updated drilling methods mean that there is little damage done to the properties as they are drilled. If you’re interested in having a water well drilled, there are only a few things to check on your property beforehand. We’ve created a checklist for you here.

For over 80 years, we have been providing residential well services to people of the Pacific Northwest. For homeowners, we offer wells that deliver a clean and consistent drinking water supply. We will provide you with a well that will last a lifetime. To learn more about our residential water well services visit here.